50%
Tweet
Things are looking up for banking IT professionals -- with a few qualifications -- according to the results of the 2014 InformationWeek Analytics Salary Survey. 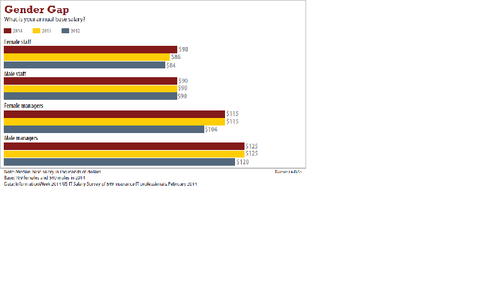 A gender gap still exists in the banking industry, when it comes to IT management and staff compensation. Median annual base salaries continue to be more than 10% less for women on both levels than they are for men. In fact, median base salaries for female staff in 2014 were 13% lower than their male counterparts. Similarly, male managers reported their base salaries as substantially higher than their female peers, a median of 12.5% difference.